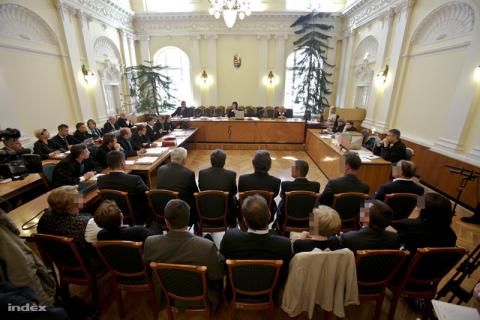 Originally, the trial of former Budapest Deputy Mayor Miklós Hagyó and the other 14 associates of the Budapest Transit Company (BKV) was to be held in Hungary’s capital, Budapest. This changed, however, and since the trial’s commencement on June13, 2012 the Kecskemét Tribunal has managed the proceedings.

Why is this important?

Unlike Budapest, which is the most sympathetic city towards opposing politics in Hungary, Kecskemét

and other smaller cities comprise of Fidesz loyalists. The primary significance therefore is the perceived

impartiality of the Kecskemét Tribunal. The Kecskemét judiciary has a history of administering

Fidesz party. Miklós Hagyó, a former political stand-out within the socialist party, certainly falls into that

category. If convicted of the accusations, Hagyó will be dealt a 20-year prison sentence. If the biasness

of the Kecskemét judges aides in the administering of a conviction, opposing politicians and other

dissidents could be treated in a similar fashion.

How was the trial transferred from Budapest to Kecskemét?

of the seats) in the Hungarian Parliament. Shortly after that, the Fidesz-dominated Parliament passed

a new constitution. Since then, there have been a number of provisions temporarily annexed to the

constitution. Of those, a specific provision directly addressed the transfer of trials between courts.

Accepted by the Parliament on December 31, 2011, the 11th article of the temporary provisions is

“(3) In the Constitution article XXVIII, section (1) to preserve the foundational right for

judicial decision in reasonable time, in the event of an unsolvable imbalance within a court,

power in any case.”

In other words, a trial can be moved to a different court with the purpose of ensuring a speedy decision

if the President of the National Judicial Office (NJO) approves the request.

The temporary provision, which has since been determined unconstitutional, served as one of two legal

enablers. The other was the approval of the President of the NJO.

the court in Kecskemét. It is known, though, that the current President of the NJO is directly connected

to the Fidesz party and Prime Minister Orbán. Tünde Handó, a former judge and current president of

the newly established National Judicial Office, is the wife of the former Fidesz politician and current

Hungarian representative in the European Parliament Jószef Szájer. The European MP is credited with

drafting the new Hungarian constitution on his iPad. Handó accepted the presidential nomination in

bigwigs such as the New York Times, The Guardian, and The Washington Post. Other organizations

like Transparency International Hungary, the Association for Human Rights, and the Hungarian Helsinki

Committee have criticized the constitution and the office of the PNJO. According to them, the more

than 60 powers wielded by the PNJO do not correspond to democratic principles.

The PNJO remains, though. And, Handó is still sitting in its high chair.