Legal summary from Dr. András Kádár about the Miklós Hagyó vs Hungary - Case: 52624/10 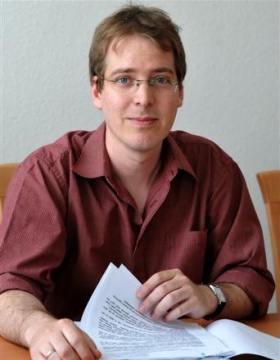 On 23 April, the European Court of Human Rights delivered a decision the application submitted by Miklós Hagyó in relation to his pre-trial detention.

The Court held unanimously that the Hungarian authorities had breached
the ban on inhuman treatment (Article 3 of the Convention), because the conditions of Miklós Hagyó’s detention had been inadequate;
Miklós Hagyó’s right to liberty, because his pre-trial detention had been unreasonably long, it had been substantiated „only by the gravity of the charge and the related severity of the impending sentence”, and „in their rather stereotyped decisions” the domestic courts had failed to consider the applicant’s substantive arguments (Article 5 § 3 of the Convention), and furthermore because Miklós Hagyó had been denied access to the evidence on which his detention had been based (Article 5 § 4 of the Convention);
Miklós Hagyó’s right to right to respect for private and family life (Article 8 of the Convention), because the authorities had prohibited meetings and phone calls between him and his common-law wife due an alleged risk of collusion, but the allegations had proven to be ungrounded, and even if this was not the case, less stringent measures (e.g. the monitoring of their meetings and phone calls) could have been applied to achieve the same objective;
Miklós Hagyó’s right to an effective remedy (Article 13 of the Convention), because the prosecution had failed to examine his complaint concerning the restriction pertaining to his meetings and phone calls with his common-law wife.

The Court obliged Hungary to pay to Miklós Hagyó as just satisfaction that the respondent EUR 12,500 in respect of non-pecuniary damage and EUR 6,000 in respect of costs and expenses.

With regard to the individual violations, we wish to call attention to the following conclusions of the Court.

The Court emphasised: “the prolonged stay in such cramped conditions, coupled with the fact that the applicant [...] suffered from respiratory ailments such as asthma and chronic sinusitis evidently aggravated by the permanent lack of fresh air [despite the physicians’ recommendations for more fresh air, the applicant was allowed only one hour open air exercise per day for over 6 months], amounts to a treatment capable of causing suffering that goes beyond the inevitable suffering connected with legitimate detention”, and is therefore amounted to inhuman treatment in breach of Article 3 of the Convention.

Violation of the right to liberty

The Court noted that not even the suspicion of a serious criminal offence substantiates such a long term of pre-trial detention. The Court emphasised: “Assuming that the suspicion that the applicant had committed a serious offence initially justified his detention, the Court considers that the gravity of the charges [...] could not itself constitute a »sufficient« ground for his being held in custody for the entire relevant period..

The Court found that the decisions prolonging the detention had contained stereotyped arguments that had failed to analyse all pertinent facts and consider the applicant’s substantive arguments. The Court emphasised: it could not “overlook the fact that the alleged evidence concerning the applicant’s intention to abscond [to which the domestic courts regularly referred in their decisions prolonging the detention] was never disclosed”. Furthermore, the Court found that it had been a breach of the Convention that – although they had been aware of the applicant’s “serious health problems from the very beginning of the detention” – the authorities had given “no genuine consideration [...] to the possibility of imposing on him other, less stringent measures, such as bail or house arrest”. Because of this, the Court found that the Hungarian authorities had violated the applicant’s rights under Article 5 § 3 of the Convention, according to which “everyone arrested or detained in accordance with the provisions of paragraph 1 (c) of this Article shall be [...] entitled to trial within a reasonable time or to release pending trial”.

The Court regarded it as a violation of Article 5 § 3 of the Convention that in Miklós Hagyó’s case the defence had not been granted access to the evidence that – in the courts’ view – had substantiated the applicant’s pre-trial detention. A number of decisions referred to a police report which had allegedly shown that Miklós Hagyó had planned to abscond to abroad. The defence argued that the applicant, although he had known for months about his highly probable indictment after losing his right to immunity, had not left the country, what is more, a few days before the expiry of his immunity had expressly indicated to the authorities his willingness to cooperate. Consequently, the defence found it impossible that such a police report did indeed exist, and repeatedly asked the prosecution and the courts to disclose the report – a request denied or neglected by the Hungarian authorities. (It is important to note that till this day the defence has found no trace of this report, although in principle in the present phase of the proceeding it has unlimited access to the case file.)

In this regard, the Court emphasised: “A court examining an appeal against detention must provide guarantees of a judicial procedure. The proceedings must be adversarial and must always ensure »equality of arms« between the parties, the prosecutor and the detained person. Equality of arms is not ensured if counsel is denied access to those documents in the investigation file which are essential in order effectively to challenge the lawfulness of his client’s detention.” Since the Hungarian authorities denied the defence access to such evidence, the Court established the violation of the Convention in this regard as well.

Violation right to respect for private and family life

The Court established the violation of Miklós Hagyó’s right to respect for private and family life, because in the last three months of his detention, the prosecution prohibited meetings and phone calls between him and his common-law wife. The prosecution claimed that Miklós Hagyó had  given a fake authorisation to his common-law wife concerning his representation in civil-law matters with the actual purpose of circumventing the monitoring of personal meetings by the penitentiary personnel. The Court noted that the intention to frustrate the visiting rules had never been proven, the authorities had only supposed that such an intention existed, and still they had sanctioned it by prohibiting all contacts in person or by telephone between the applicant and his common-law wife. The Court also noted that Miklós Hagyó and his common-law wife had been acquitted from the related charges, and concluded that “even assuming that the penitentiary institution had a valid suspicion of such an intention, this situation could have been addressed, in the Court’s view, by other, less stringent measures, such as by authorising supervised meetings or phone calls”. Therefore, the ban of personal meetings and phone calls was “beyond what was necessary in a democratic society”, and “the measure in question reduced the applicant’s enjoyment of family life to a degree that can only be qualified as disproportionate in the circumstances”.

Violation of the right to an effective remedy

The Court also established the violation of Miklós Hagyó’s right to an effective remedy, because the prosecution failed to decide on his complaint concerning the prohibition on his maintaining verbal contact with his common-law wife, although according to the Code on Criminal Procedure, the prosecution  would have been obliged to deliver a decision on the matter within 15 days.