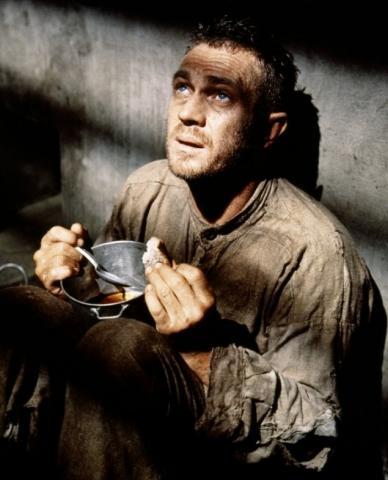 The most important documents will be translated and those will be available in the website soon.

If someone wants to read more documents about this case, then please contact us and we will send you the English version of the document.

pretrial detention, the European Court of Human Rights (ECHR) has been called upon to examine the

legality of the situation. Here you can find the ECHR’s stance in response to Hagyó’s application.

The applicant, Mr Miklós Hagyó, is a Hungarian national who was born in 1967 and lives in Budapest. He is represented before the Court by Mr A. Kádár, a lawyer practising in Budapest.

A.  The circumstances of the case

The facts of the case, as submitted by the applicant, may be summarised as follows.

On 14 May 2010 the applicant, former deputy Mayor of Budapest and a former MP, was arrested on charges of aggravated fraudulent breach of trust committed by misusing funds at the Budapest Transport Company. The police detained him shortly after he had lost his right to parliamentary immunity when the new MPs elected in the 2010 general elections had been sworn in. Previously, in January and March 2010, some of the Transport Company’s senior officials together with a close colleague of the applicant had already been suspected in the same context.

In the prosecution’s ensuing motion to have the applicant detained on remand, the dangers of absconding and collusion were referred to.

The defence argued that the applicant, although he had known for months about his highly probable indictment after losing his right to immunity, had not left the country. It outlined that the alleged corruption cases at the Budapest Transport Company had attracted intense publicity and that the applicant’s indictment was more than foreshadowed given the admissions made by the other suspects in the ongoing investigation. The applicant had denied several times the press rumours about his leaving the country, and on 11 May 2010 he also indicated to the authorities his willingness to cooperate.

The defence moreover submitted that, against this background, the applicant’s pre-trial detention was not justified and was to be substituted with a less coercive measure if any was needed at all.

On 17 May 2010 the Buda Central District Court ordered the applicant’s detention on remand. Reiterating the reasons in the prosecution’s motion, the court did not address in detail the arguments of the defence.

On 26 May 2010 the Budapest Regional Court rejected the applicant’s appeal. Without reacting specifically to the arguments of the defence, it held that “there [was] evidence about the applicant’s intention to abscond”.

The defence’s repeated requests to consult the case file with regard to the above-mentioned evidence were to no avail. The applicant was not allowed to get acquainted with the relevant material of the investigation.

The applicant’s pre-trial detention was repeatedly prolonged at the statutory intervals. In these proceedings, the arguments of the defence remained largely the same, but the courts apparently failed to assess, in an individualised manner, the applicant’s personal circumstances. The defence’s new arguments to demonstrate the unlikelihood of the applicant’s intention to abscond, that is, the fact that the applicant had paid off a debt of 16 million Hungarian forints[1] some months before his accusation, were not considered either. Nor did the courts assess the arguments raised by the defence pointing out that the applicant, an influential former politician, had not even attempted to conceal evidence or connive with witnesses, thus any fears of collusion were unfounded.

The applicant’s requests for release or for a less coercive measure were to no avail. The defence repeatedly stressed the absence of concrete elements underlying a reasonable ground for detention and the lack of assessing the applicant’s personal circumstances. The courts rejected these arguments in rather stereotyped decisions, mainly reasoning with the consideration that a severe sentence was impending.

In view of his constantly deteriorating health problems (breathing and hearing problems as well as a significant loss of weight), the applicant requested, repeatedly but largely unsuccessfully, an improvement in the conditions of his detention.

The applicant’s request of May 2010 for an expert medical opinion was granted only in September 2010. The opinion confirmed the applicant’s serious health problems; however, it was stated that they could be treated within the penal institution.

During the first months of his detention, the applicant received regular and extra visits from his common-law wife. However, from 9 November 2010 this was prohibited due to the perceived risk of collusion during these visits, sometimes carried out without supervision. The defence appealed, arguing that the impugned lack of control was a consequence of the absence of prison personnel for some visits, thus it was not the applicant’s or his visitor’s fault. However, the prohibition remained in place.

During the detention, the applicant did not receive visits from his eleven-year old daughter at all. Although this was not prohibited, the daughter’s own health condition did not allow for such visits. The applicant’s request for a less coercive measure based on this fact was to no avail. Occasionally, he was granted extra phone contact with her.

The applicant was allowed to leave the house arrest for medical treatment on several occasions; however, the defence’s requests for lifting this measure were not successful until 10 June 2011, when it was finally done away with.

The applicant complains under Article 5 § 1 (c) of the Convention that his detention and house arrest were unjustified since the courts failed to produce any concrete elements underlying the necessity of these measures or to address his personal circumstances.

Relying on Article 5 § 4 of the Convention, read alone and in conjunction with Article 13, the applicant moreover complains that the principle of “equality of arms” was not respected when he was challenging his detention, since he did not have access to the relevant material of the investigation.

The applicant also complains that the conditions of his detention with regard to his constantly deteriorating health attained the minimum level of severity required for this matter to fall within the scope of Article 3 of the Convention.

Lastly, the applicant complains that the scarcity of family visits amounted to a breach of his right to respect for his family life, enshrined in Article 8, read alone and in conjunction with Article 13 of the Convention.

QUESTIONS TO THE PARTIES

1.  Was the length of the applicant’s pre-trial detention in breach of the “reasonable time” requirement of Article 5 § 3 of the Convention?

2.  Was the procedure by which the applicant sought to challenge the lawfulness of his pre-trial detention in conformity with Article 5 § 4 of the Convention?

3.  In view of the manner in which the authorities addressed his health issues, was the applicant subjected to inhuman treatment in breach of Article 3 of the Convention?

4.  Has there been a violation of the applicant’s right to respect for his family life, contrary to Article 8 of the Convention, given the scarce family visits?

5.  Did the applicant have at his disposal an effective domestic remedy for his complaint under Article 8, as required by Article 13 of the Convention?