The proposal of the defence counsel of Miklós Hagyó, 1st accused, with regards to the article of Hungarian Nation dated on the 6th of March 2010, and to describe the interview from HírTv dated on October 16, 2012 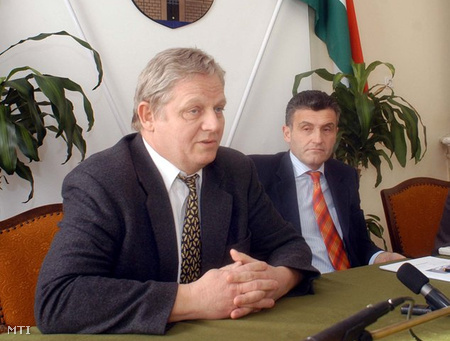 The proposal of the defence counsel of Miklós Hagyó, 1st accused, with regards to the article of Hungarian Nation dated on the 6th of March 2010, and to describe the interview from HírTv dated on the 16th of October 2012 at the Kecskemét Tribunal

The proposal of the defense counsel of Miklós Hagyó, 1st accused:

I request that the Honorable Tribunal include into the trial's case file the text of the interviews with Zsolt Balogh in the Hungarian Nation on the 6th of March 2010 and on the 7th of March 2010 in HírTv. Briefly, I will explain this relatively unusual request. Firstly, I am proposing this because the Central Investigation Chief Prosecutor's Office also attached considerable importance to the Hungarian Nation newspaper interview. This material had not been part of the investigation, but it is among the investigative documents.

To the question from the Council President, the attorney of Miklós Hagyó, first accused:

The interviews to which I refer are appended to the investigative documents. These documents are not included among the investigative papers related to the warranted search of the homes of defendants Otto Lelovics and Miklós Hagyó. Although, it is unusual for me to consider those particular documents, the newspaper articles, tangible proof because they are accessible to anyone. The articles can be found on pages 279-285 of the first Volume.

Regarding my reasoning in this particular case, and before in another context, I have indicated that my client's criminal liability is of great importance, in terms of the fact that the Tribunal assessed the evidential value and the kind of credit due to the fourth defendant and the investigations which arose in the form of the confessions that have not been maintained. Any small sign or any evidence that could be used to clarify this issue therefore should be considered, the defense believes. The contents of these two statements, until the recent public hearings of the fourth defendant when he revoked his statements, have never been questioned. Its contents were not contested. Until recently, the fourth defendant never tried to correct the statements which were made in the newspaper and on the television. I repeat the words that have a particular relevance, not only the words but also the terms of expression and also the meaning and content of the report. Therefore, I see the reflection of that which may be relevant to these two interviews. So please include all of this into the case file.

The prosecutor's office attached the mentioned newspaper articles to the investigative file, because, in that case, a number of complaints were received from various persons, firms, organizations and one of the denouncers himself attached this article as evidence of substantiation of the accusation. Therefore, the prosecution has not acquired nor officially seized any articles. The denouncing individual perceived the accuracy of the documents supporting this article and even another article to his complaint, which in Volume 1 we collected and attached to the file. In reference to the statements made in the press, prosecution of the procedural warnings are not valid. So in that respect, everyone must bear the consequences of what they said, warning of course a false accusation, a false testimony in respect of this case’s interviews, no sounds were made. In light of this, I request the rejection of the petition.

This is exactly as the prosecutor says. The text is from Hungarian Nation, Kuruc Info and MR1. I emphasize that I didn't request these materials to be part of the trial because I have doubts that these have not been added according to the rules of the criminal procedure, but because I think in the free assessment of the evidence system, some Cp. independent of constraints, the court is in a position to separate the consideration of evidence where it may fall, where appropriate, regardless of whether they are formed according to the rules of Cp. I think it is important and necessary, because in this case there are some very serious counts. Do not forget that my client is charged with crimes worthy of 20 years of imprisonment, so there are some counts which must appear based on the fourth defendant's testimony given during the investigation. It is therefore necessary to consider these materials imperishable, thereby inclusion in the trial material is paramount. Once again I was aware of the fact that they have not been added according to the rules of Cp. I think the prosecutor herself doesn't call that into question.

Promulgated the next WARRANT - XIII.

The court refused to describe the journalistic articles on evidence petition, designated by the defense lawyer of Miklós Hagyó, first accused.

President of the Council said that the reasons for rejection of the evidence petition is that the court will provide in the final decision. However, the defense has that possibility to broach the newspaper articles in defense, or in this connection ask questions of fourth defendant.