The Handó record is secret for 10 years 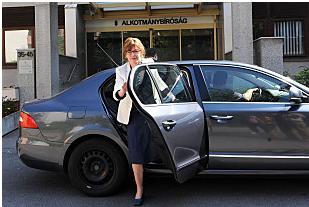 As we already reported, Handó Tünde, the president of the NJO – wife of Szájer József, who is a Fidesz party representative in the European Parliament – had to account for her power about the case transferences in front of the board. According to the order of the Constitutional Court’s standing orders the voice record is a „secret” for 10 years. The order says: about the hearings they made voice records, which will be provision by the Secretary for 10 years, „the voice record is not public until the time of the provision”. Our paper is trying to get the record from the board in the form of public interest data application.